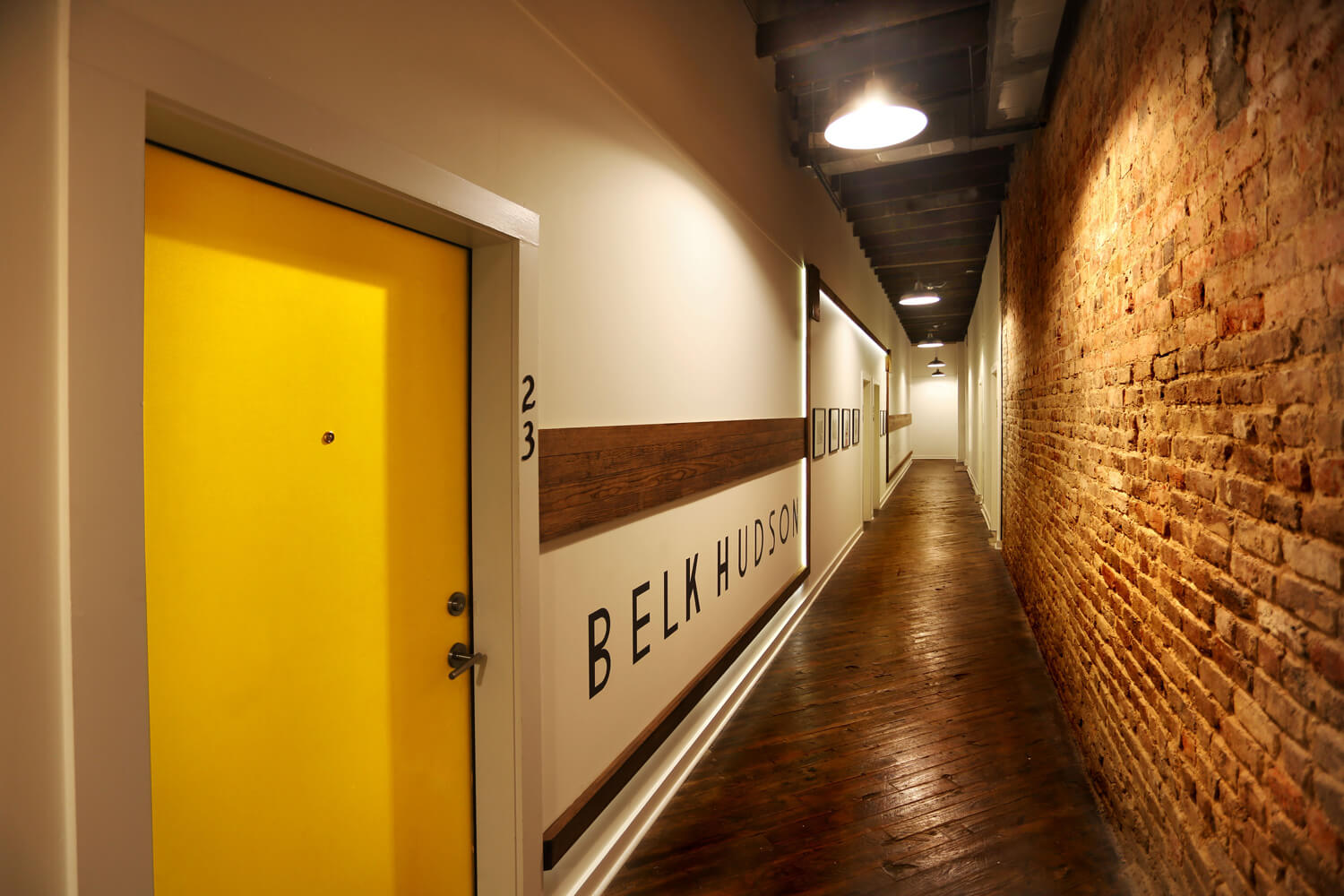 District 36 is a project that converted the former Belk Department Store in Downtown Montgomery, Alabama, into a mixed-use building consisting of commercial space in the basement and first floor and twenty-eight apartments on the second and third floor. The building became vacant after the department store moved from downtown in the 1980s.

The project included a complete rehabilitation of the entire building, new infrastructure, modifications to the facade, and the fit-out of twenty-eight apartments. Most noteworthy, we incorporated the tenants access to the apartments and main stairs through the old elevator shaft. In addition, this stairwell connects to the adjacent municipal parking deck.  Workers constructed the industrial stairs in the building with a mix of clear sealed pine and black painted steel. In the corridors, a custom LED light installation runs along the walls.  This lighting highlights historic photographs of the building dating back to the 1800s. In addition, decals on the walls reflect the multiple stores that have all called the building home throughout the years.

Furthermore, a fire destroyed a portion of the building in the 1970s.  As a result, the building is a mix of construction types including wood and brick in one bay and steel and concrete in another. Apartments are minimal, with walls stopping short of extending full height in order to allow natural light to spill throughout the deep units. Also, the bathroom, kitchen, and closet are grouped together in a grey painted cube referred to as the “core,” which separates living room from bedroom in many of the apartments. In addition, select apartments are two story and some also feature a bedroom mezzanine overlooking the primary apartment floor. Finally, finishes are minimal and industrial in nature, often featuring exposed structure such as concrete floors, concrete blocks walls, and metal roofs. 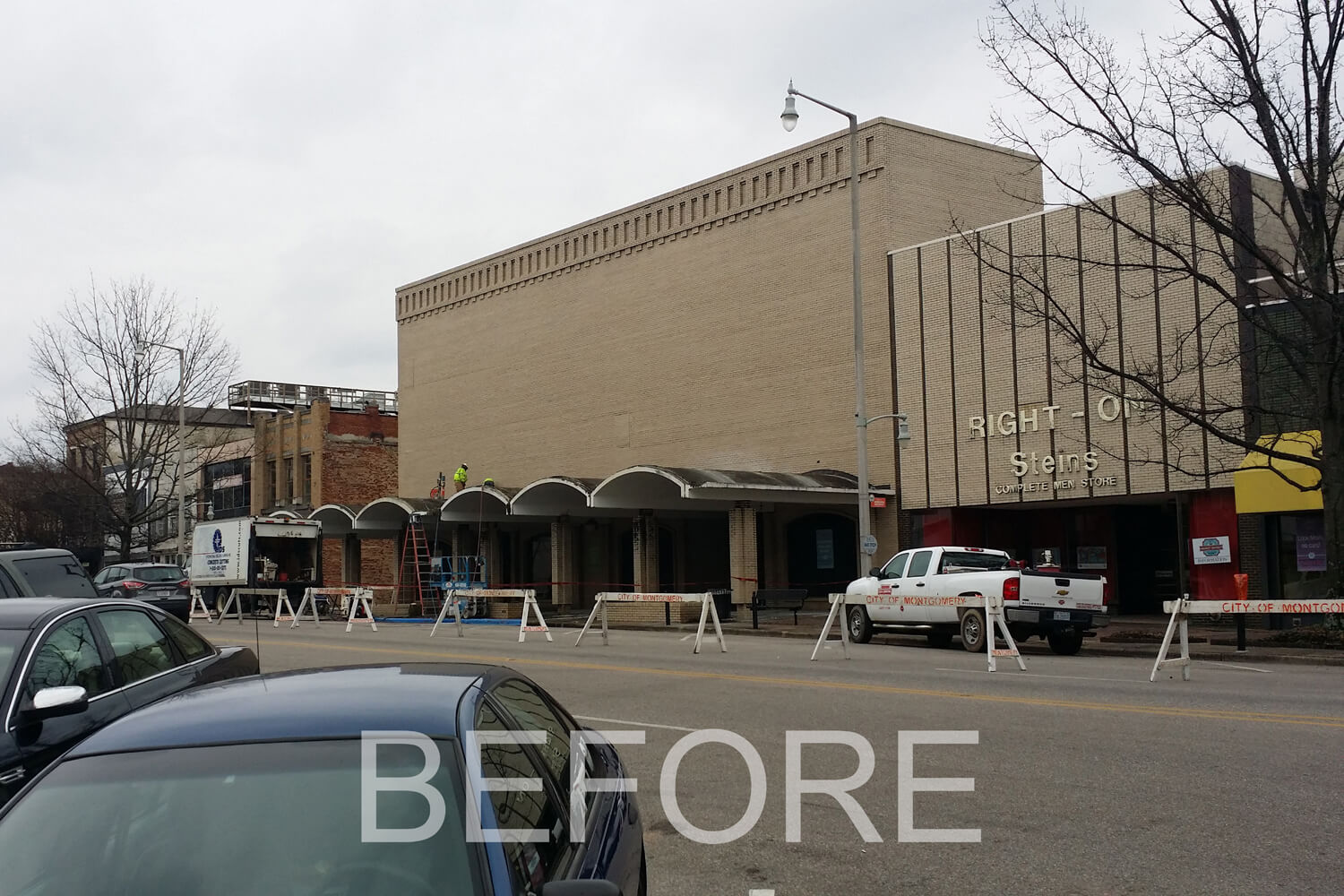 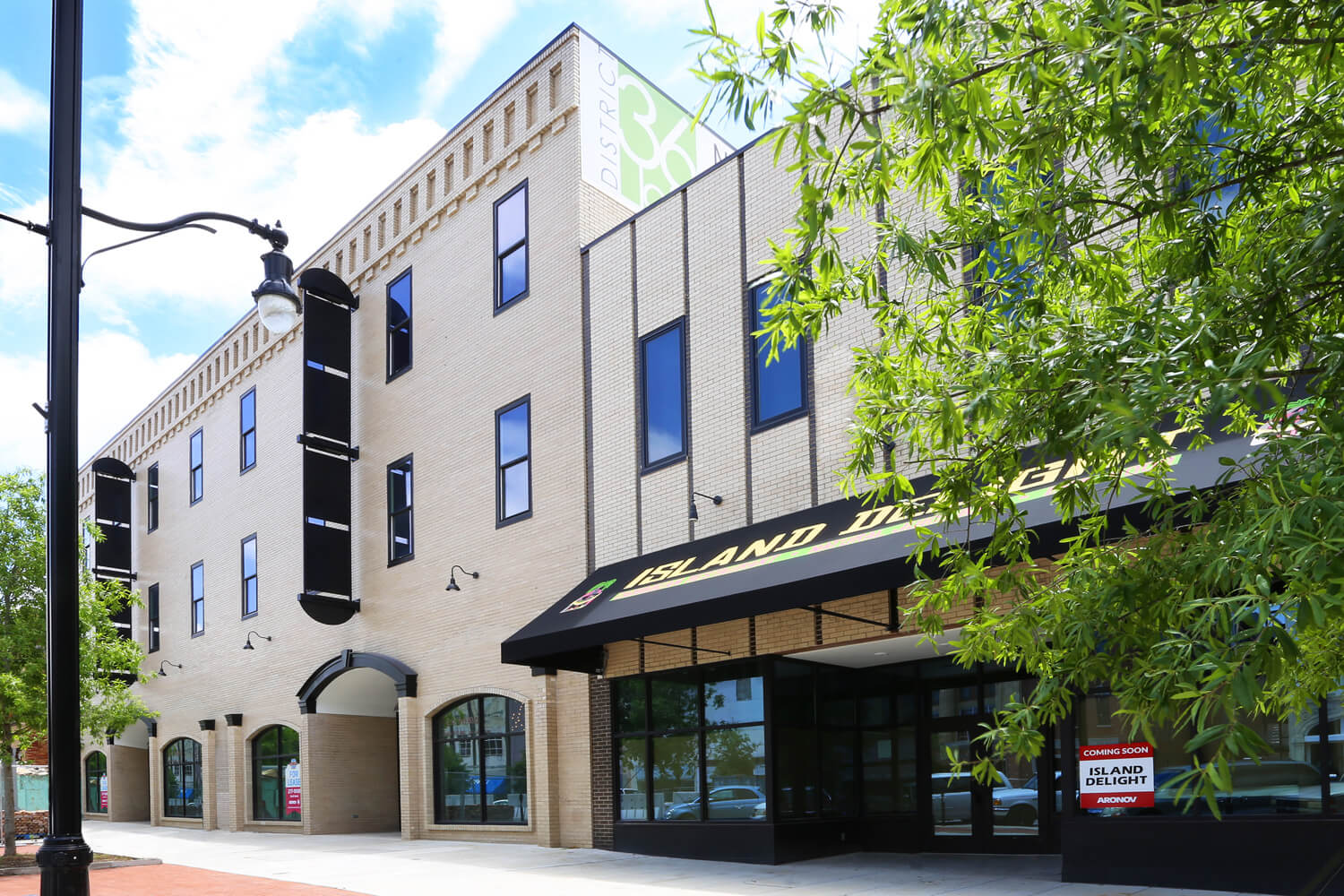 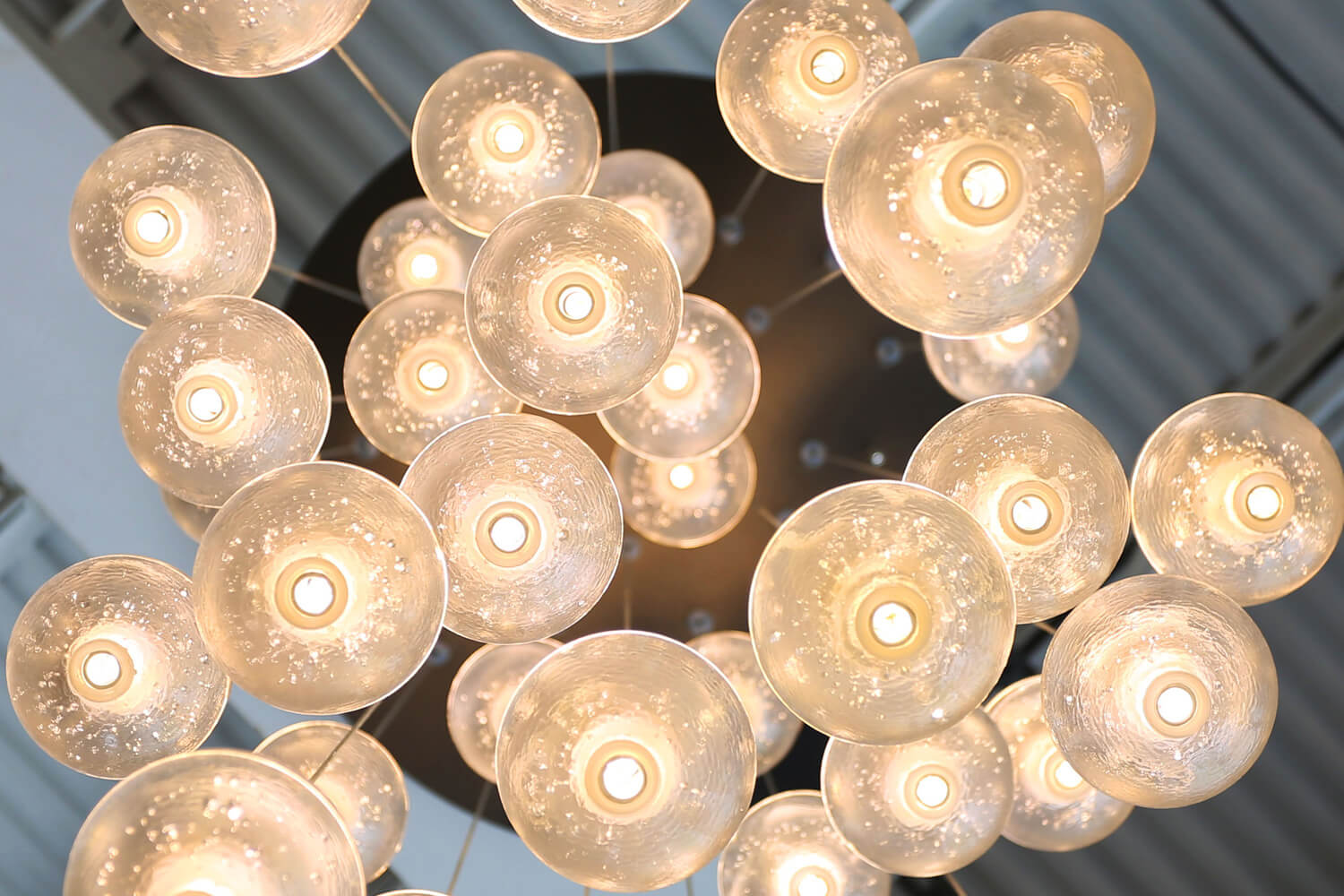 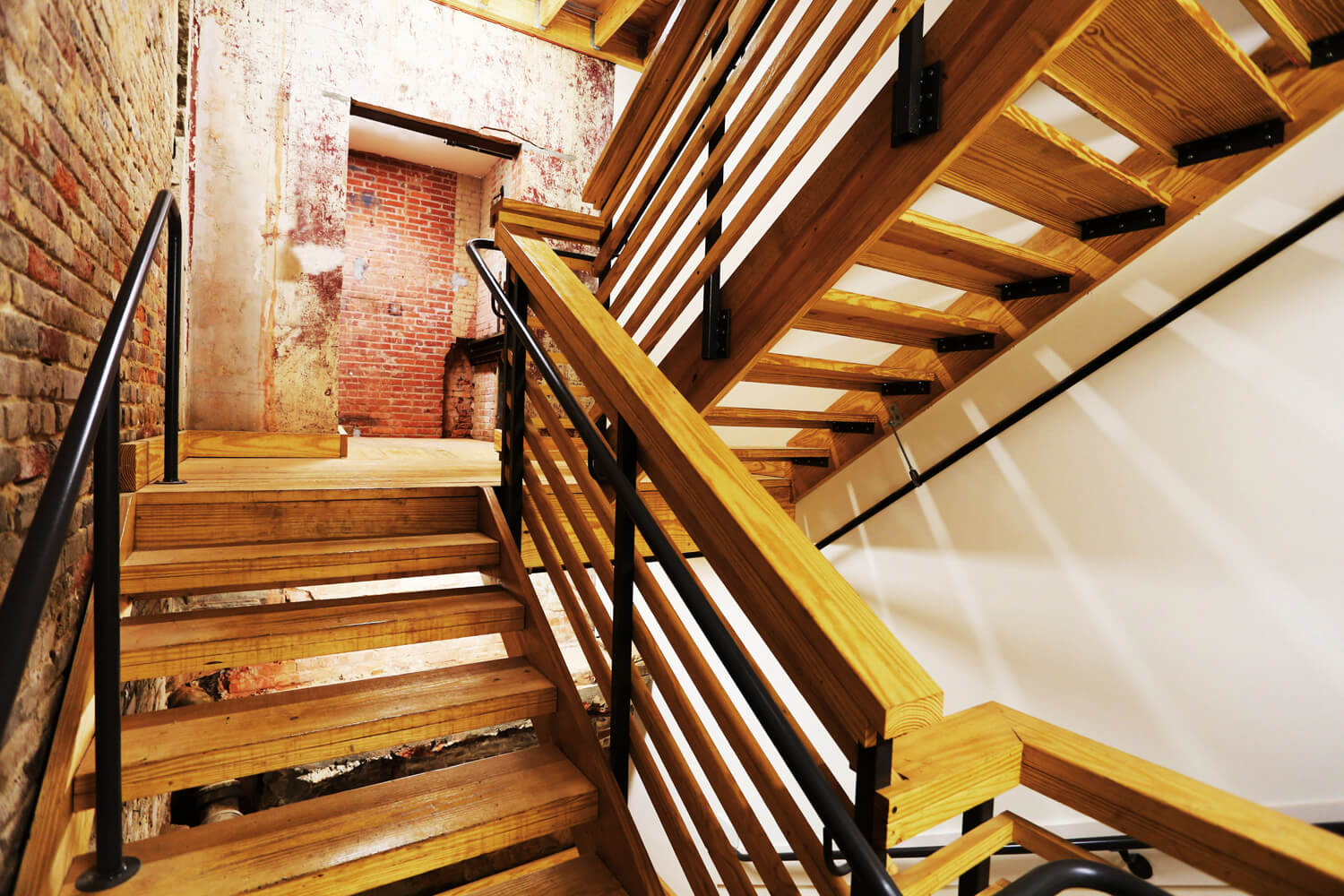 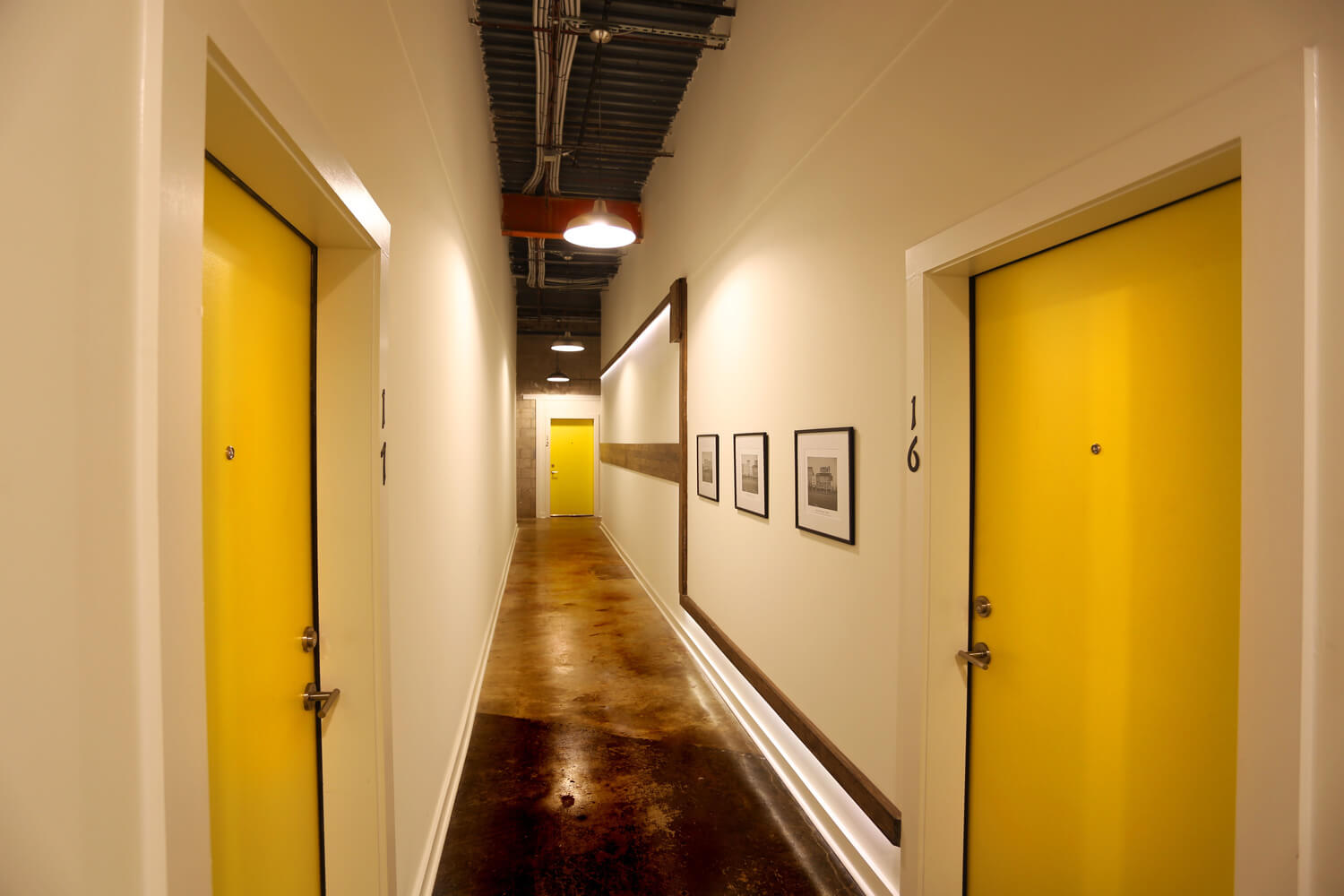 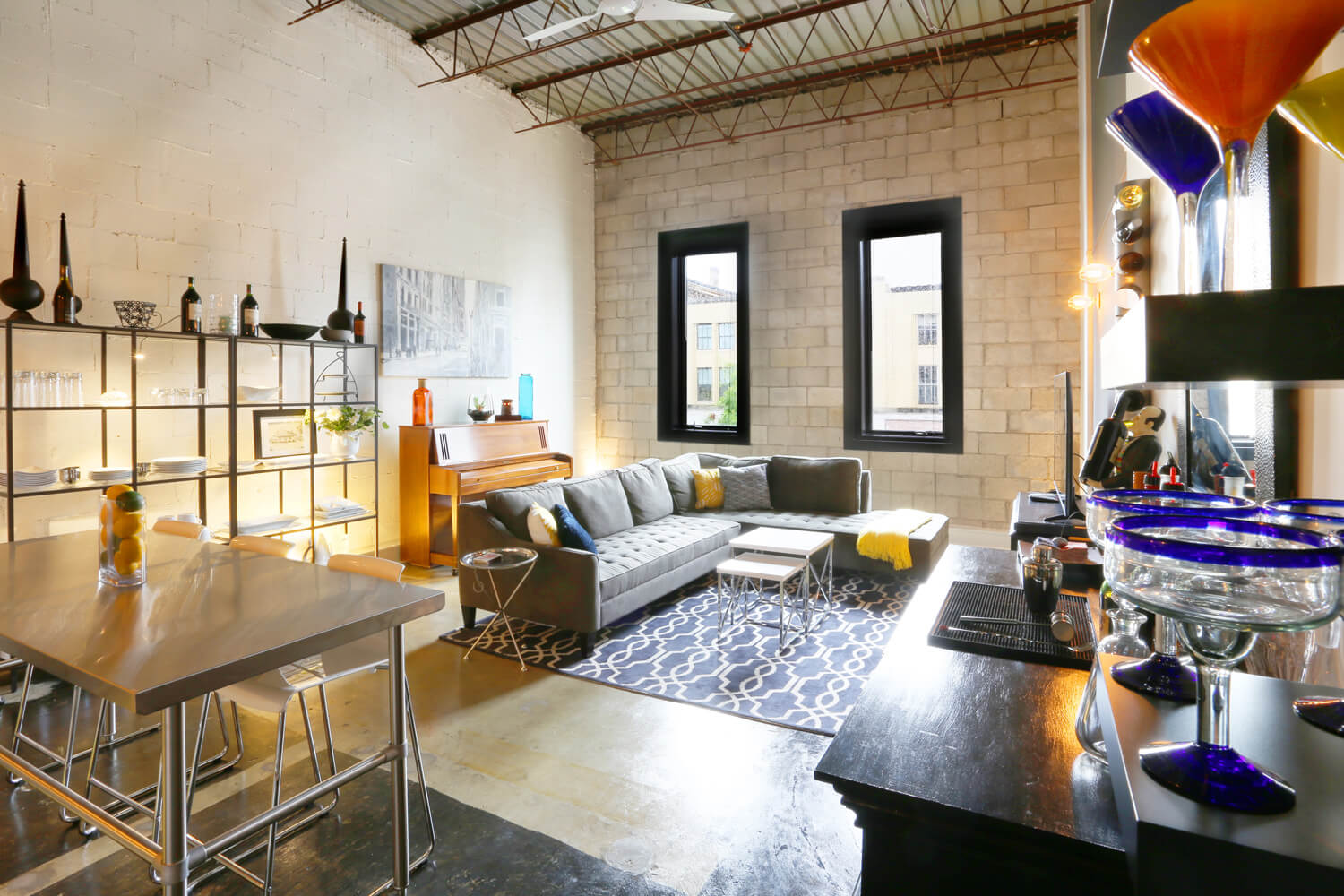 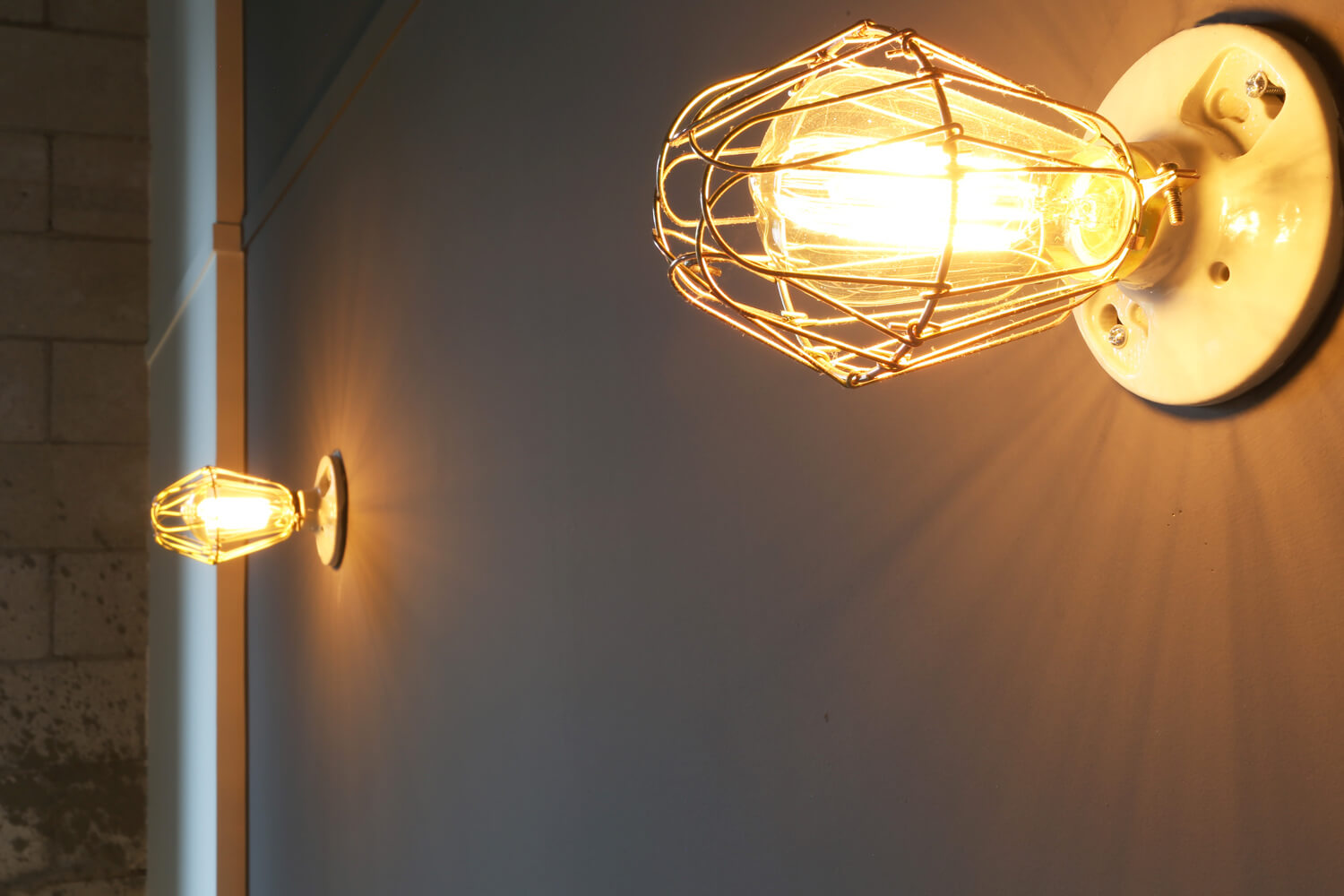 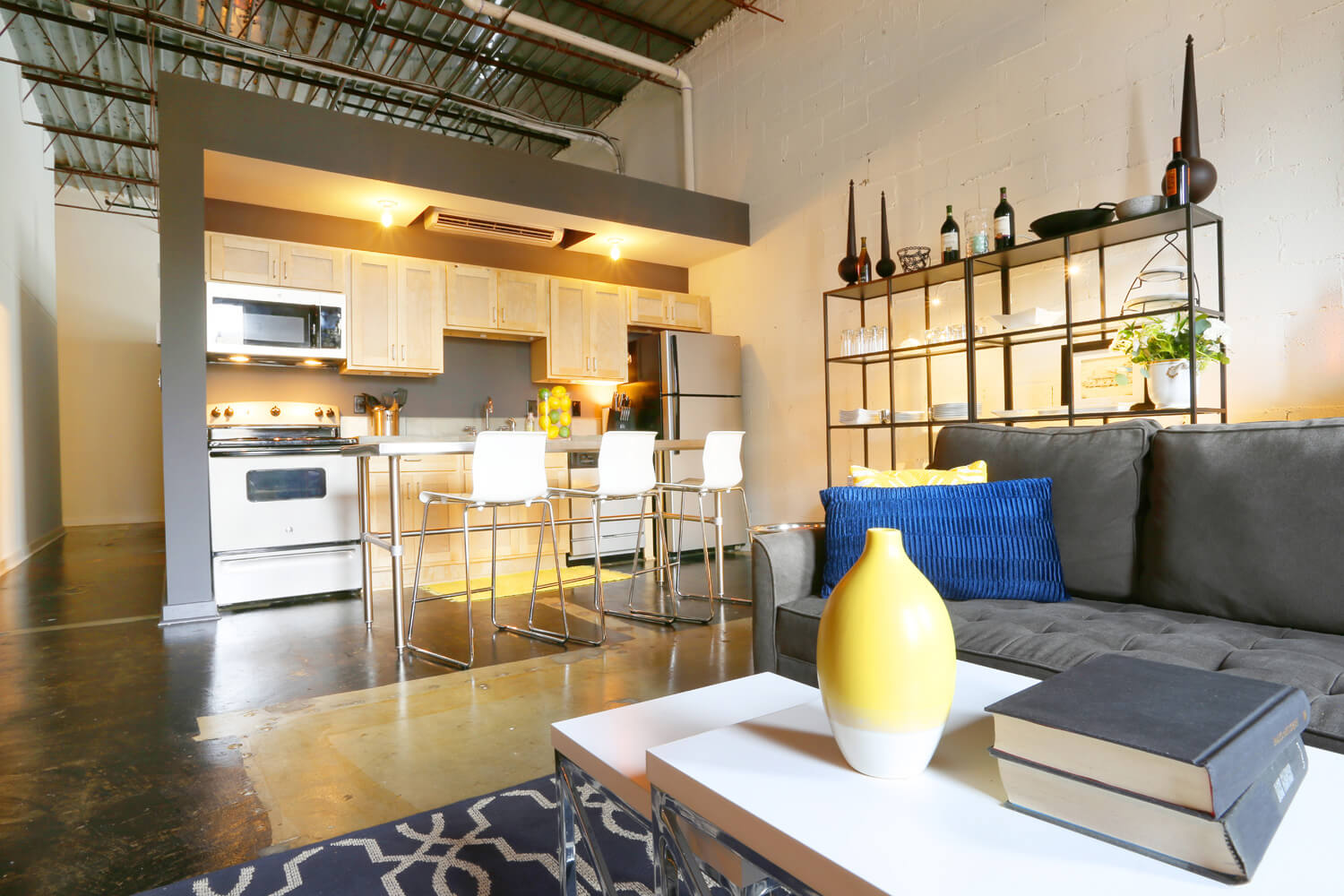 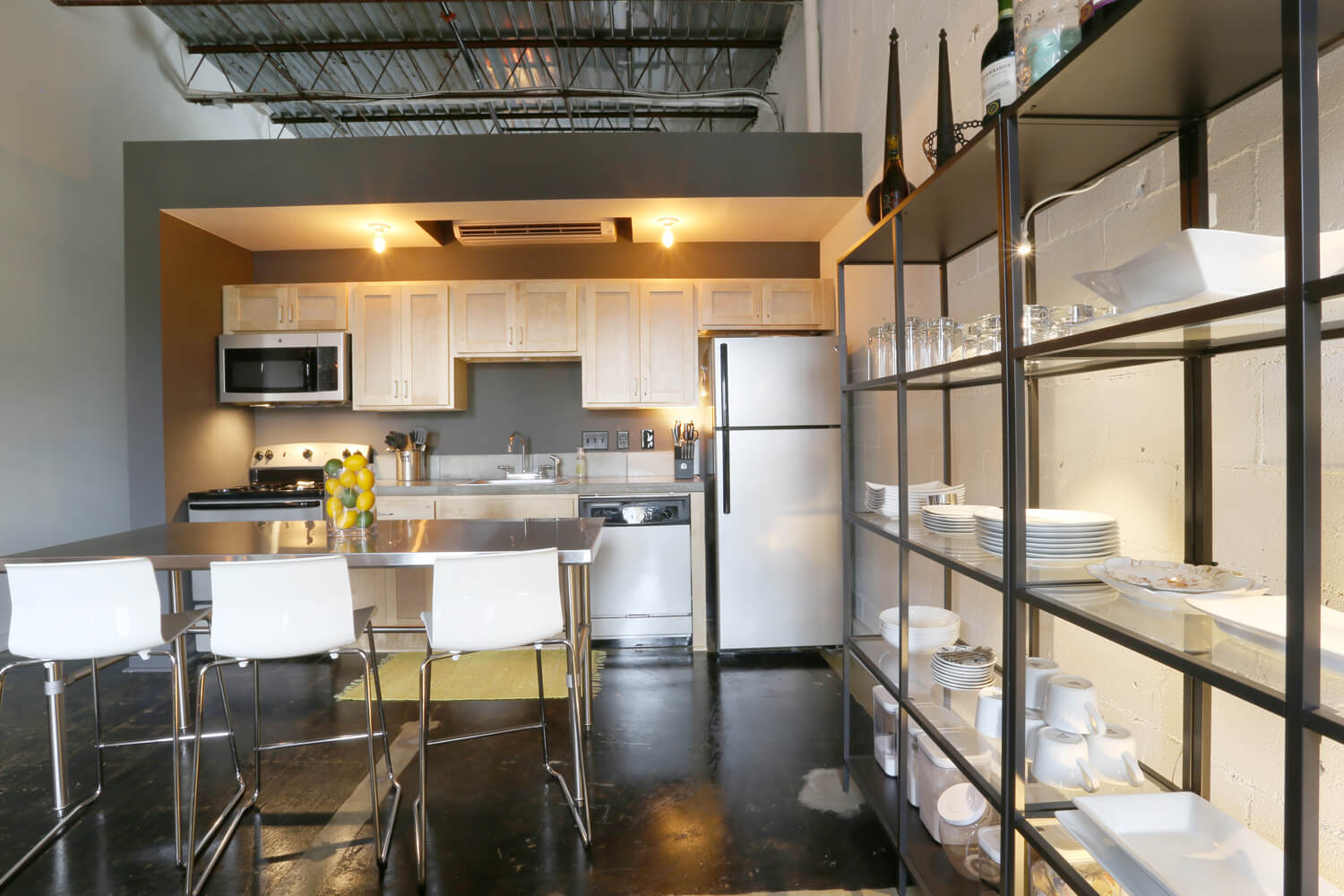 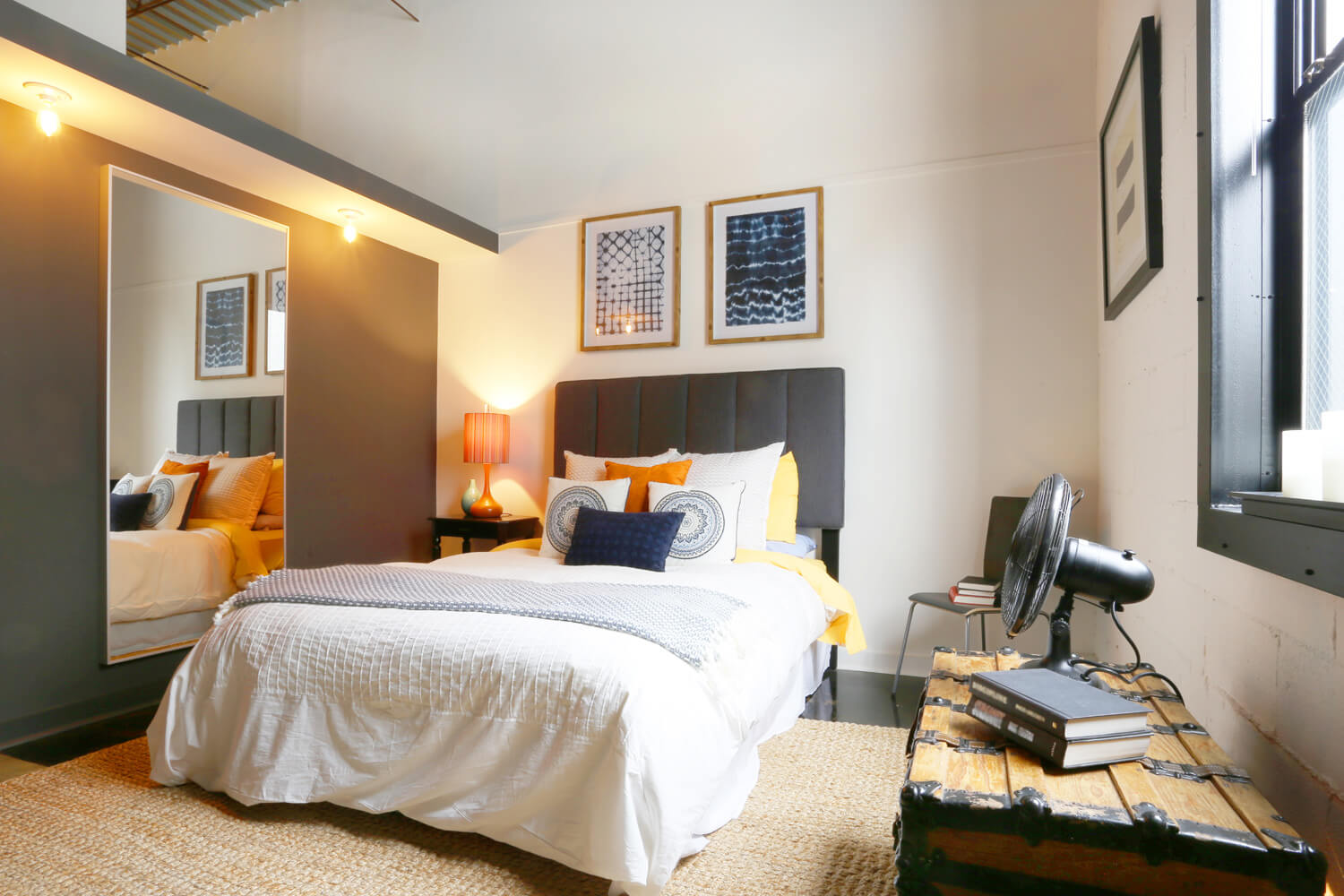