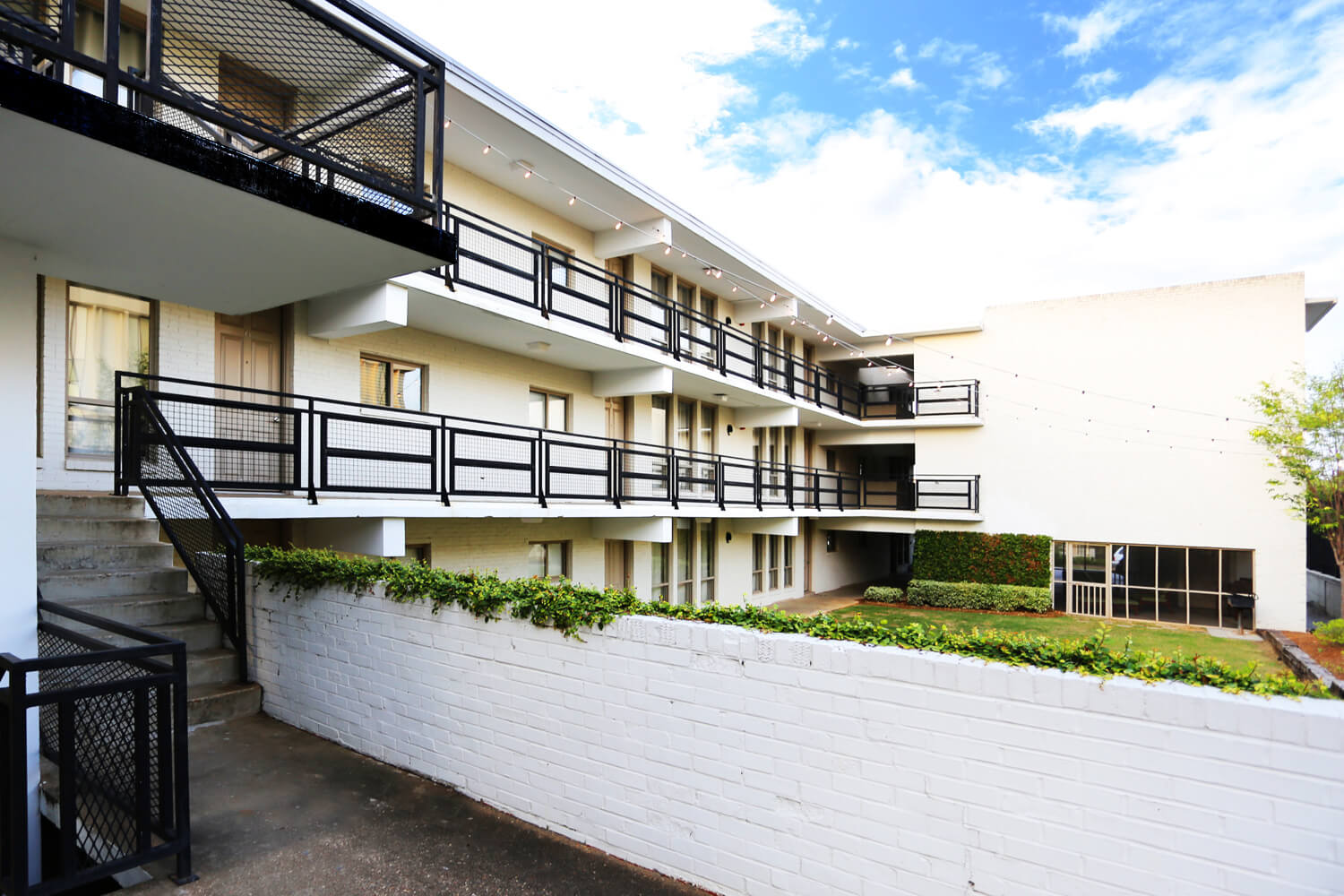 Foshee Architecture made a number of key moves to bring the property back to life. First of all, we painted the brick to freshen the exterior color scheme.  Next, workers removed the brick guardrails and replaced them with metal rails to complement the existing stair rails.  This had a major effect in opening up the balconies. Also, the walls along the balconies were completely reconfigured with new doors, windows, and brickwork to match the new floor plan.

Furthermore, on the grounds, the landscaper opened up the former swimming pool area with a fresh green lawn, trees, and evergreen vines trained along the brick walls. In addition, we added a metal fence around the property. Also, the ramp down to the covered motel drop-off was removed. The drop-off now serves as a community screen porch with patio furniture, outdoor-grill, and television.

On the interior, apartments feature maple cabinets with black granite countertops, exposed concrete floors, and a neutral color scheme. Carpenters framed new soffits in the bedrooms to accommodate the duct work for the new HVAC system in this concrete structure. Also, the soffits created a tray ceiling effect. 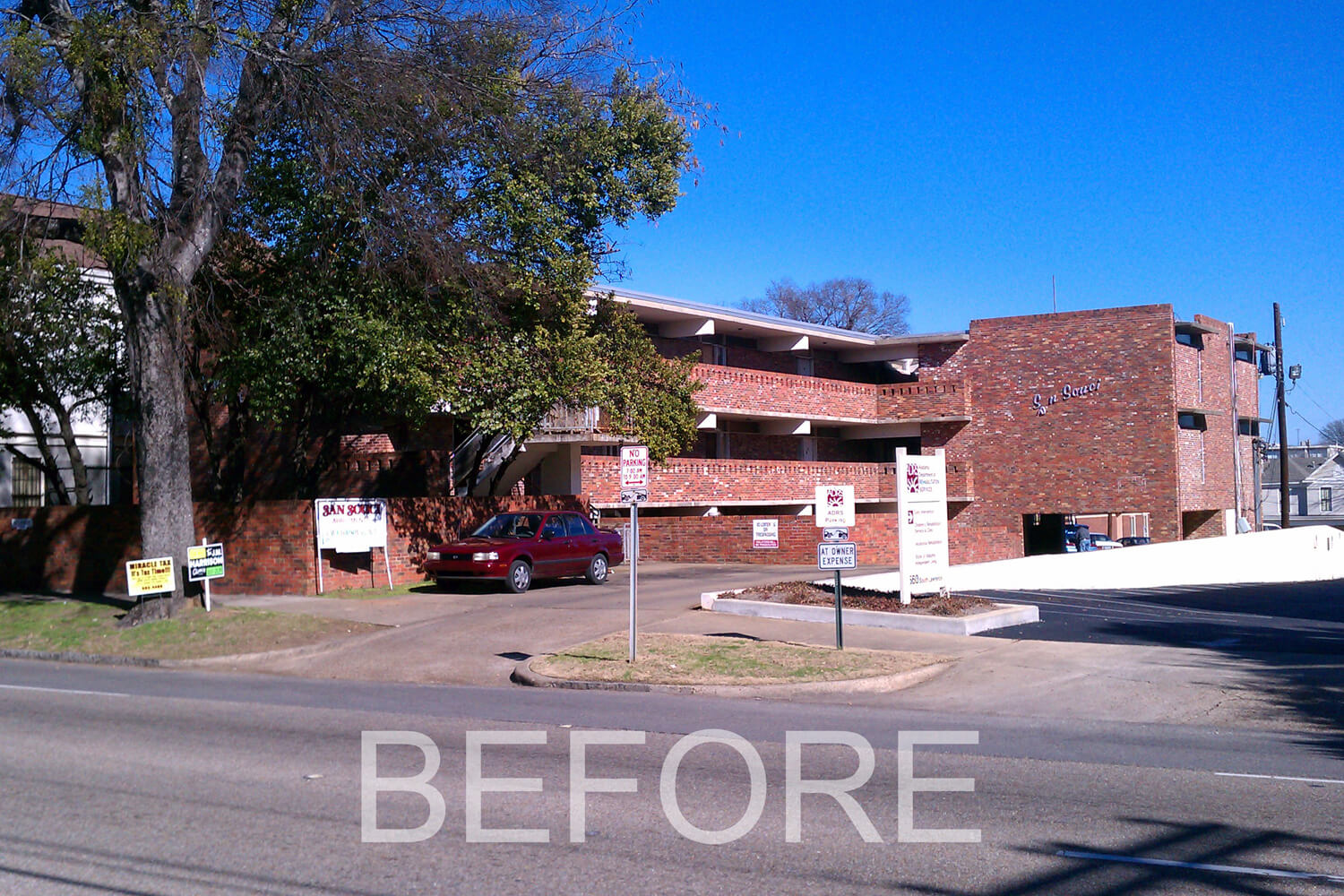 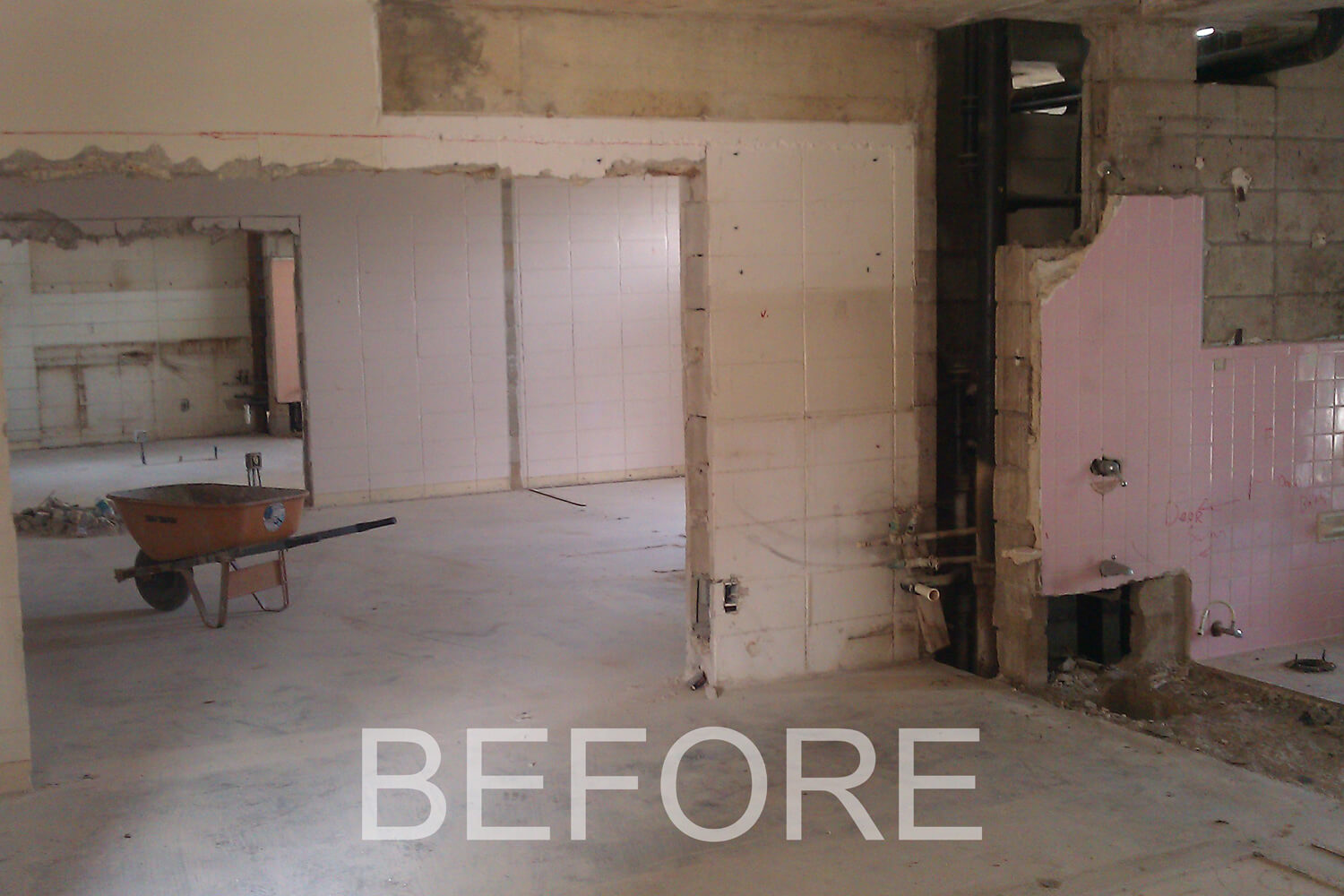 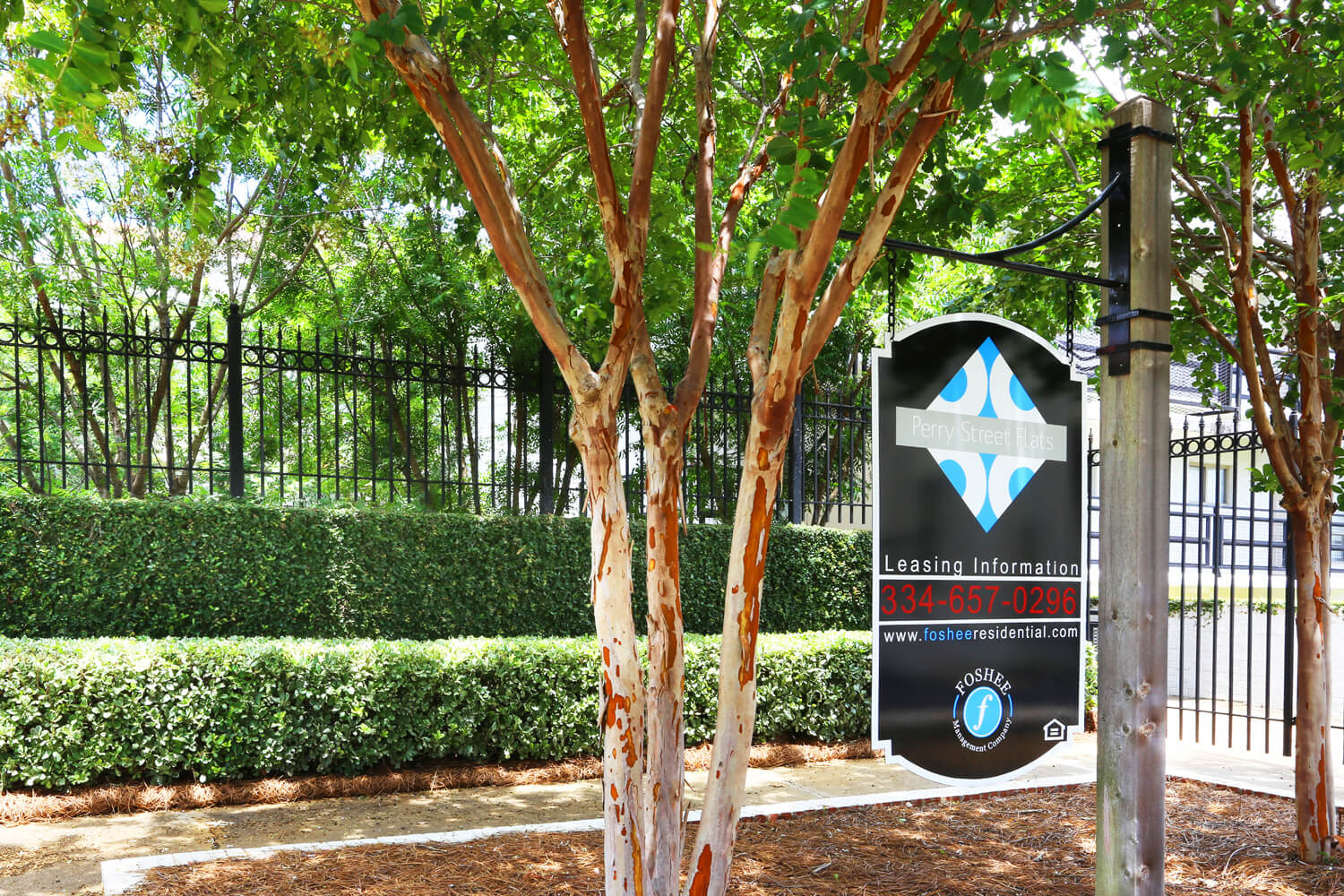 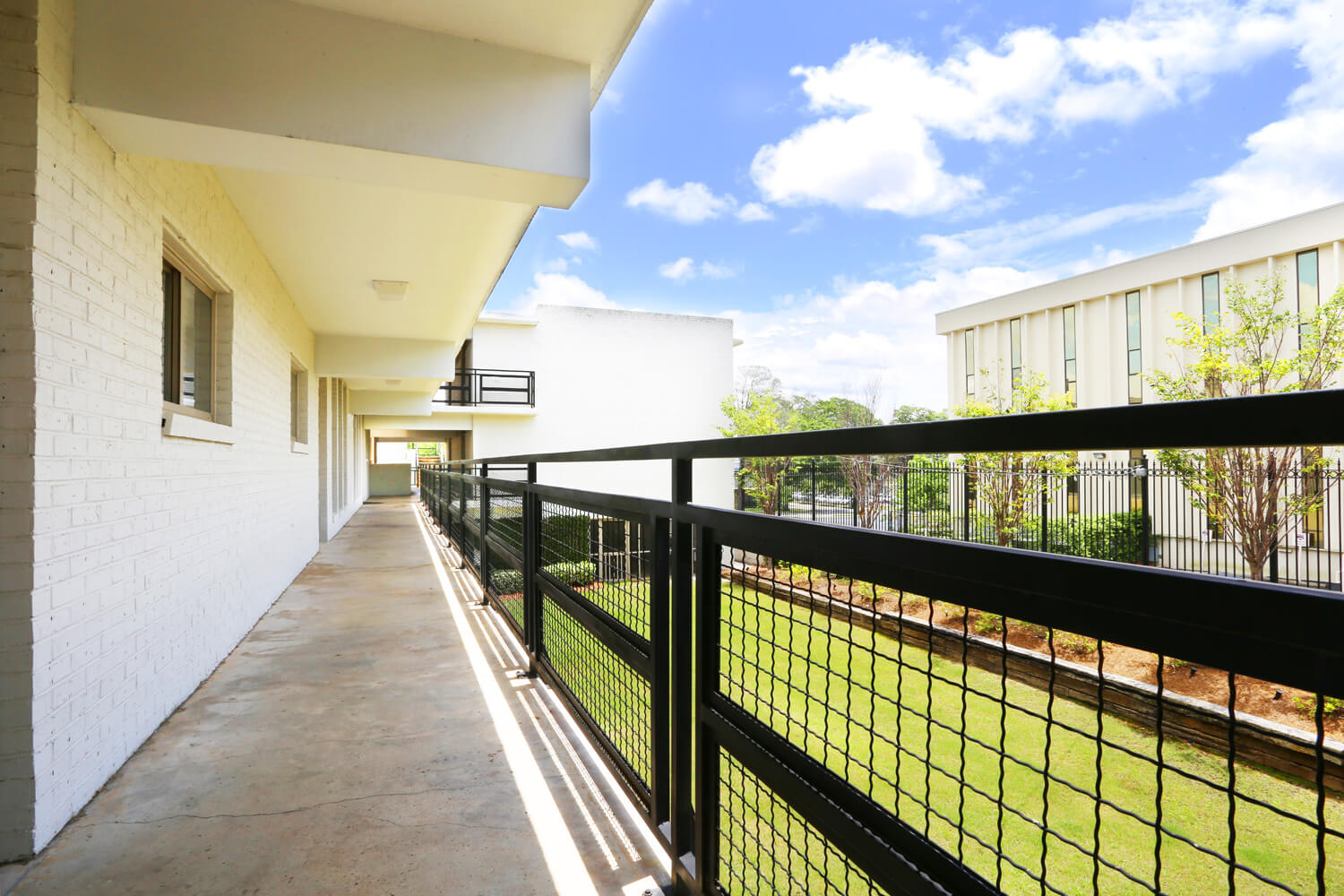 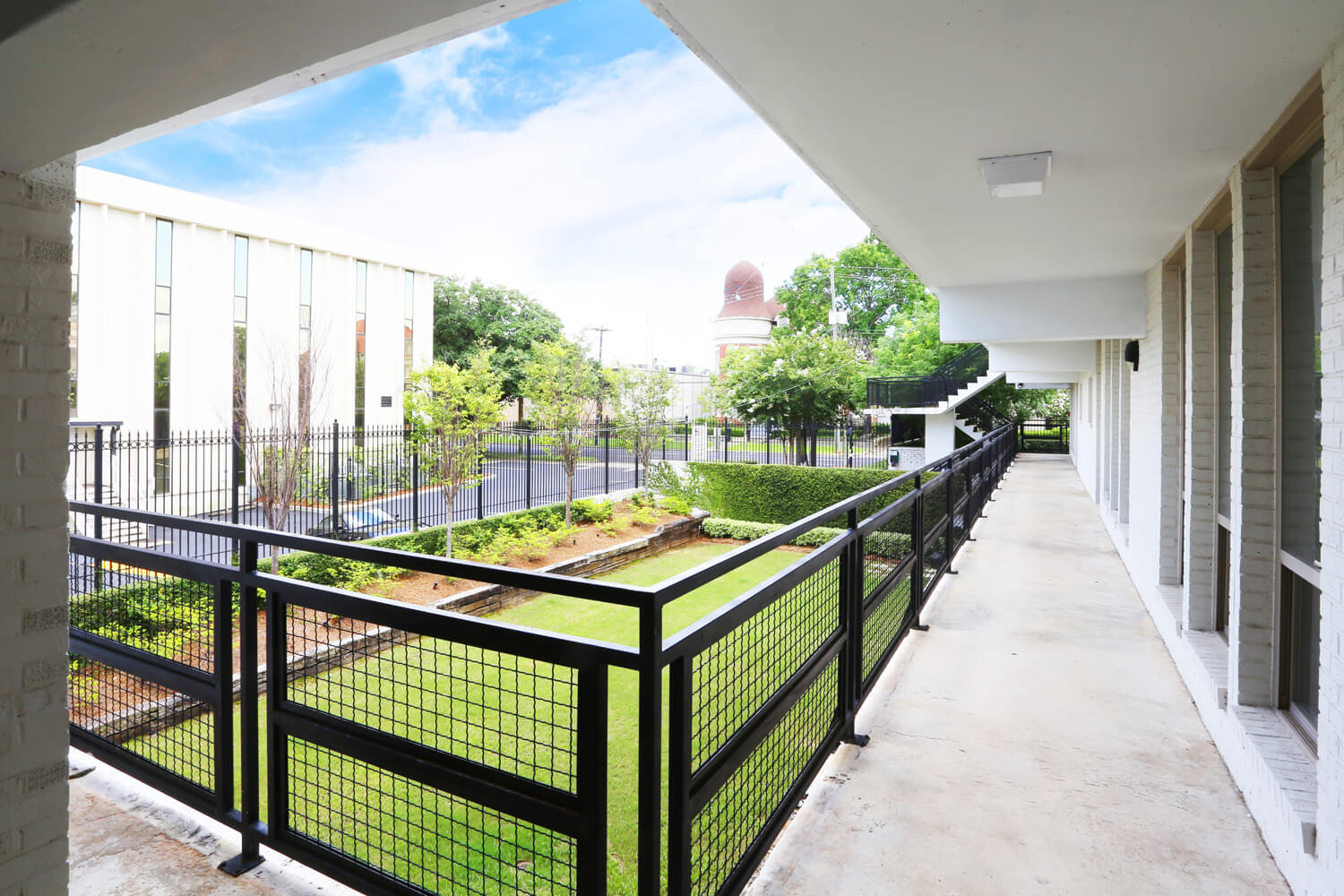 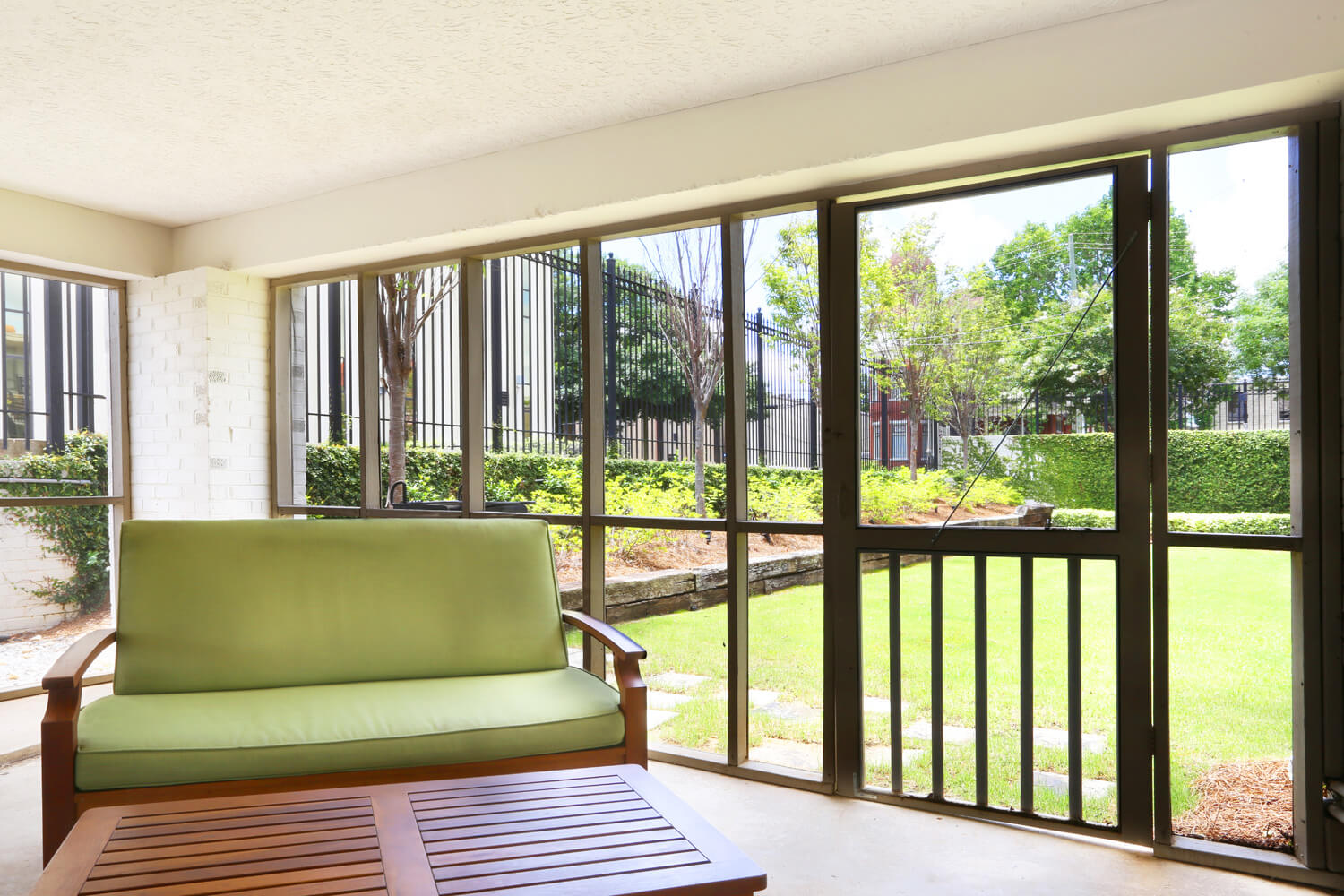 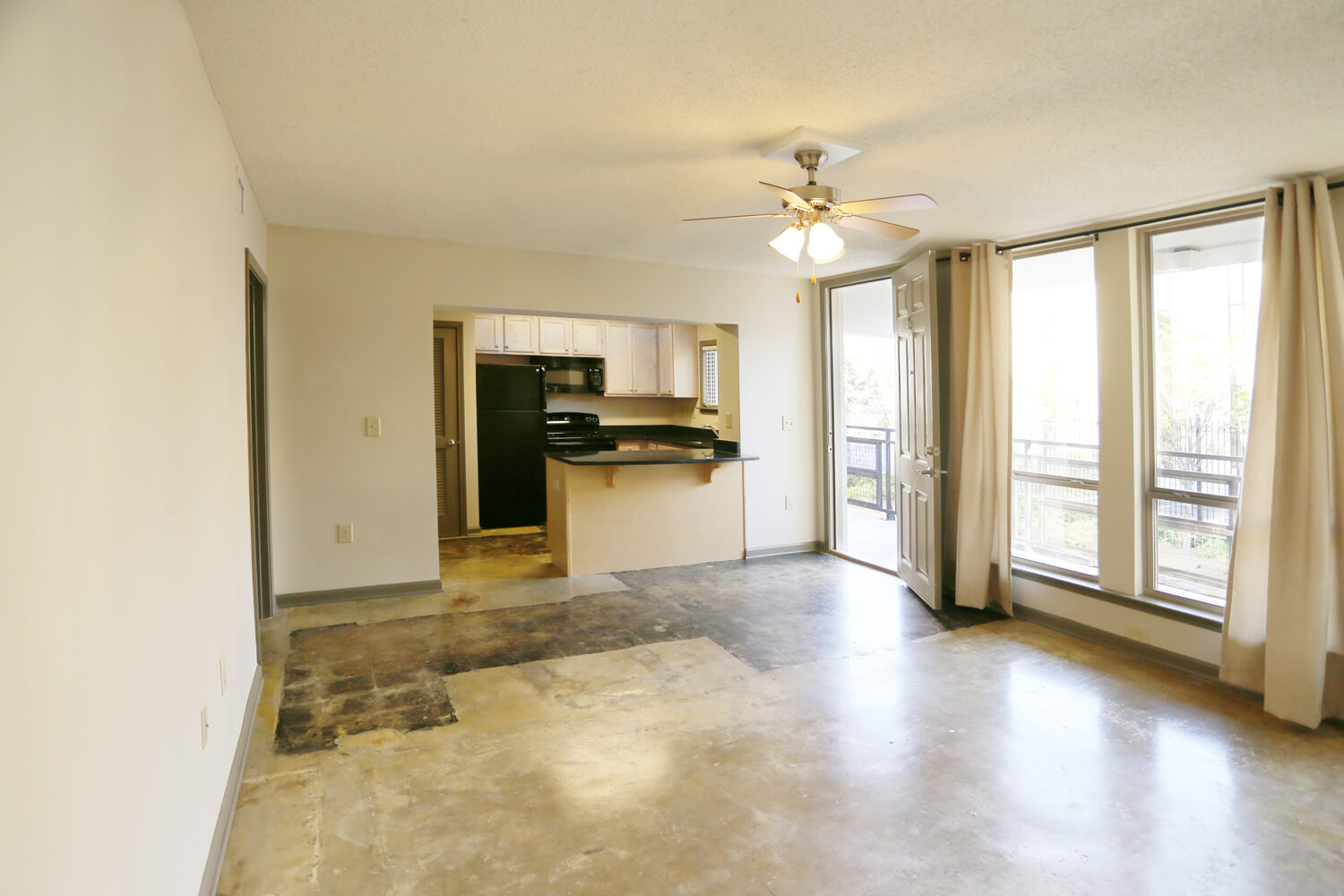 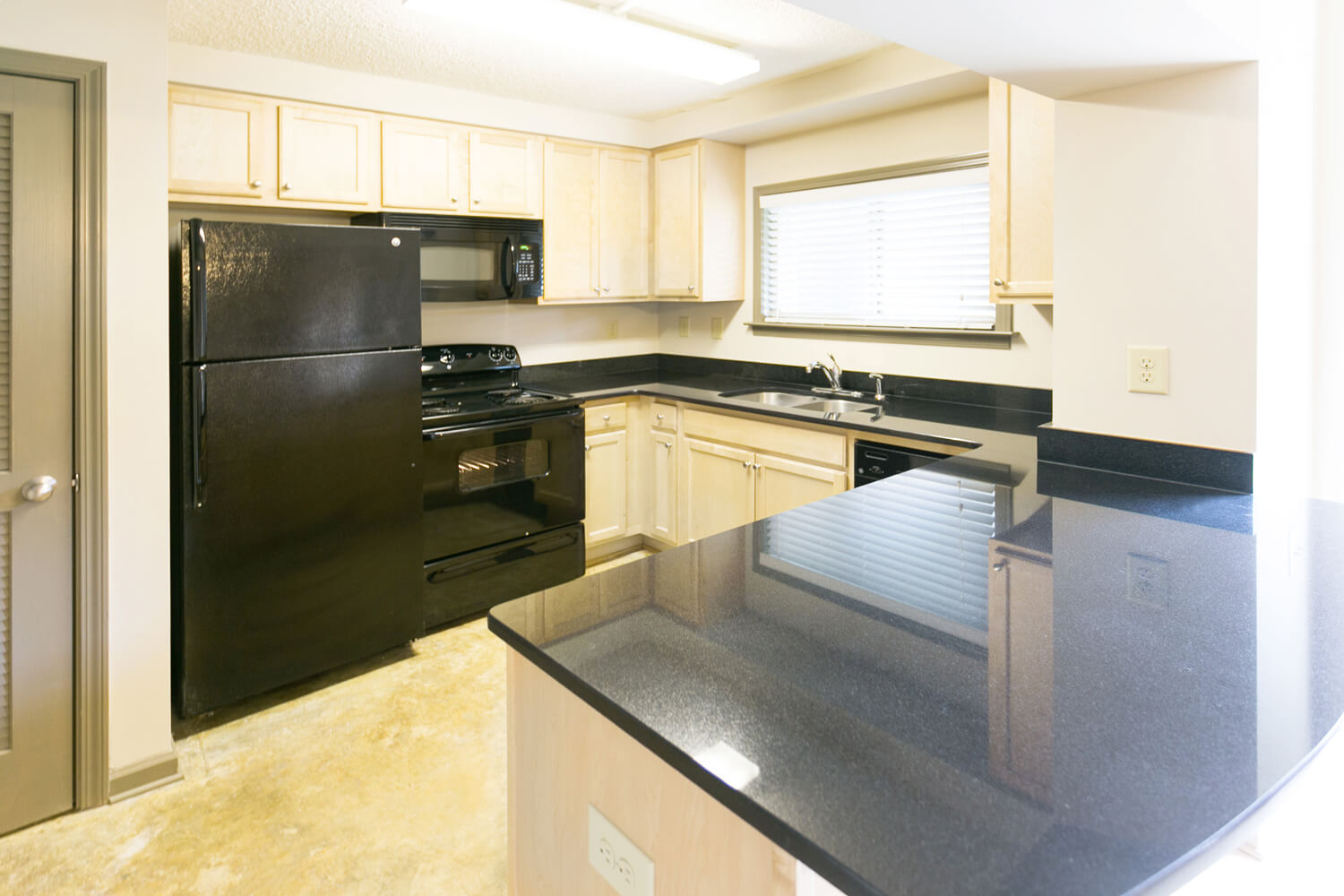 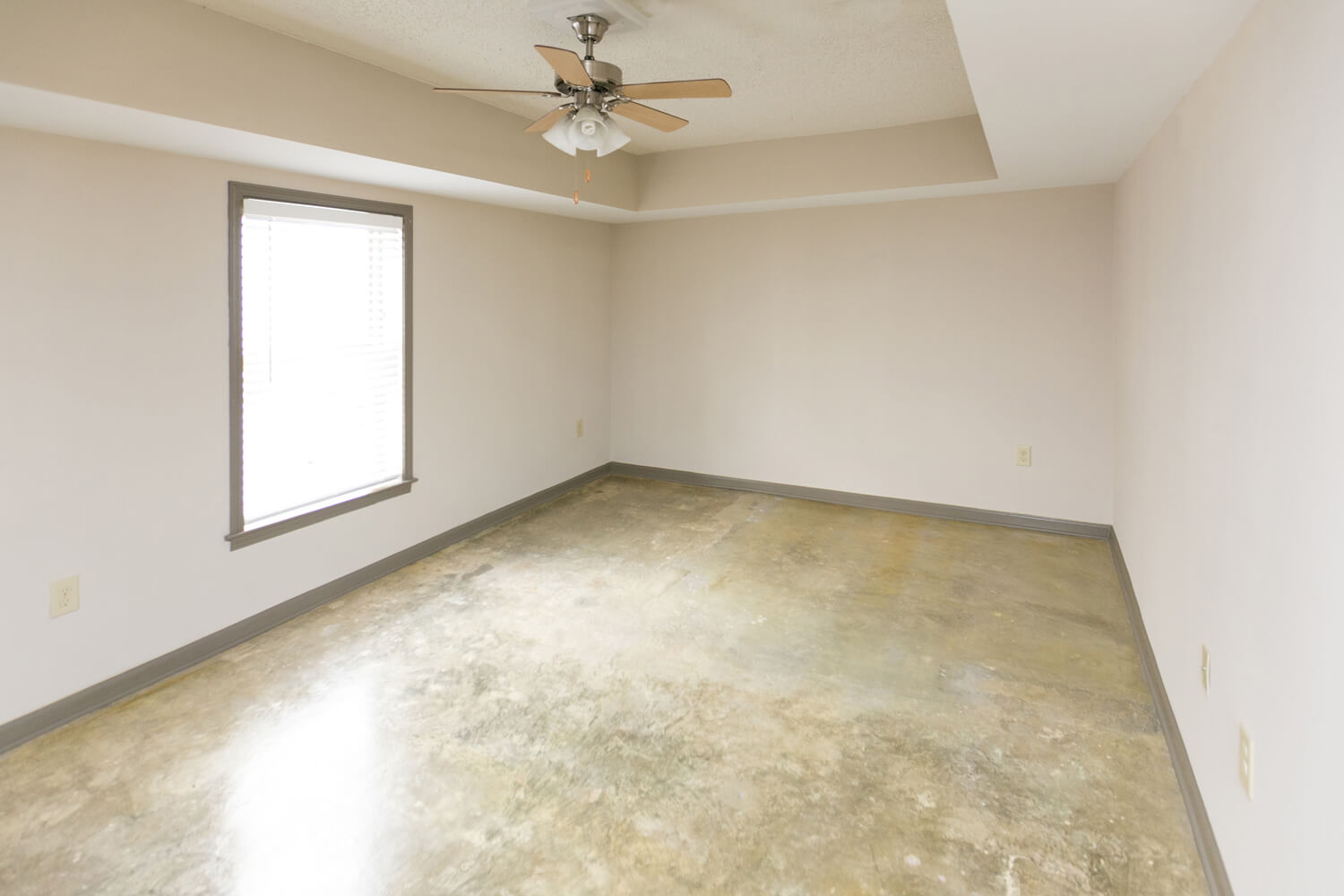 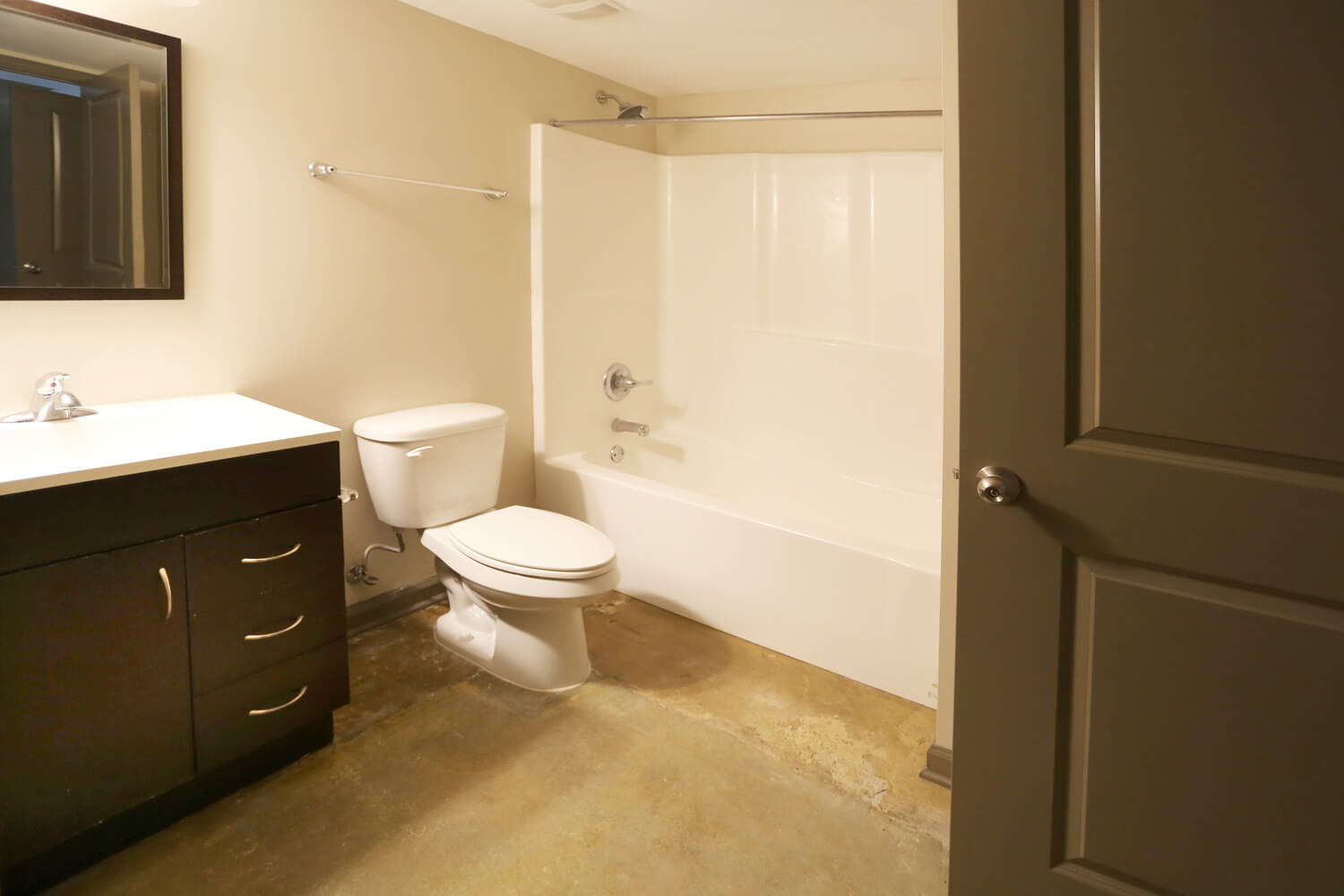